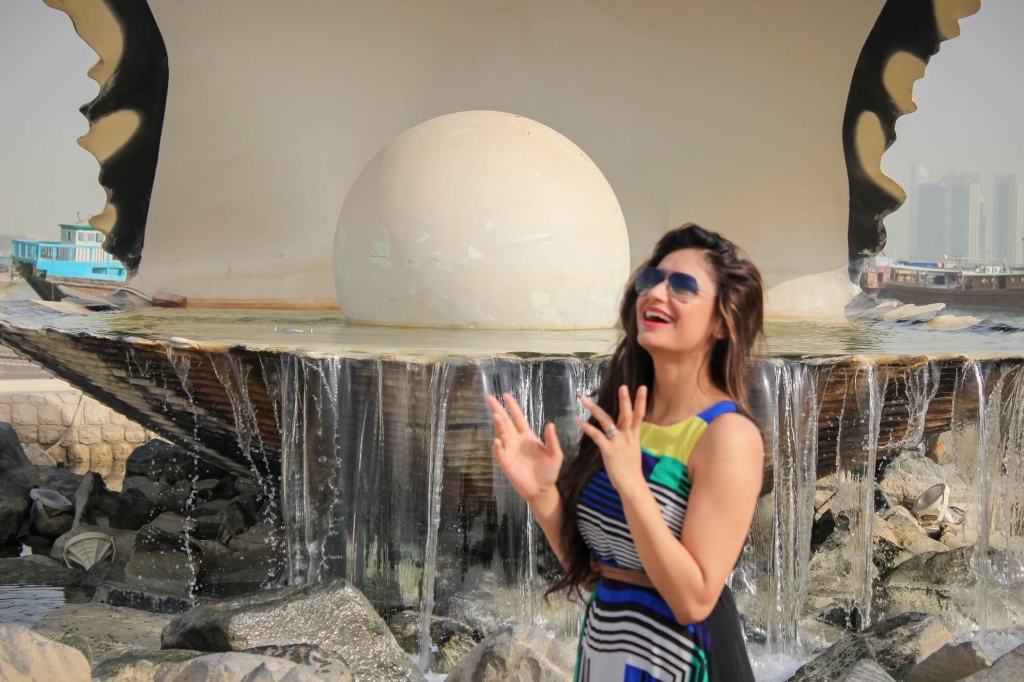 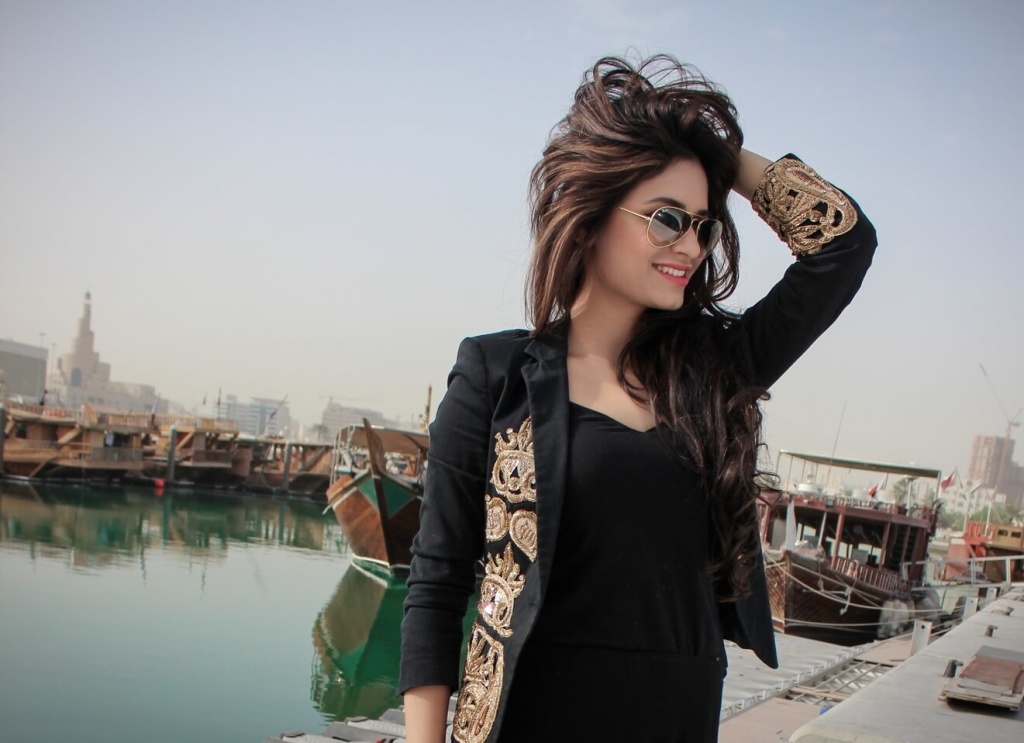 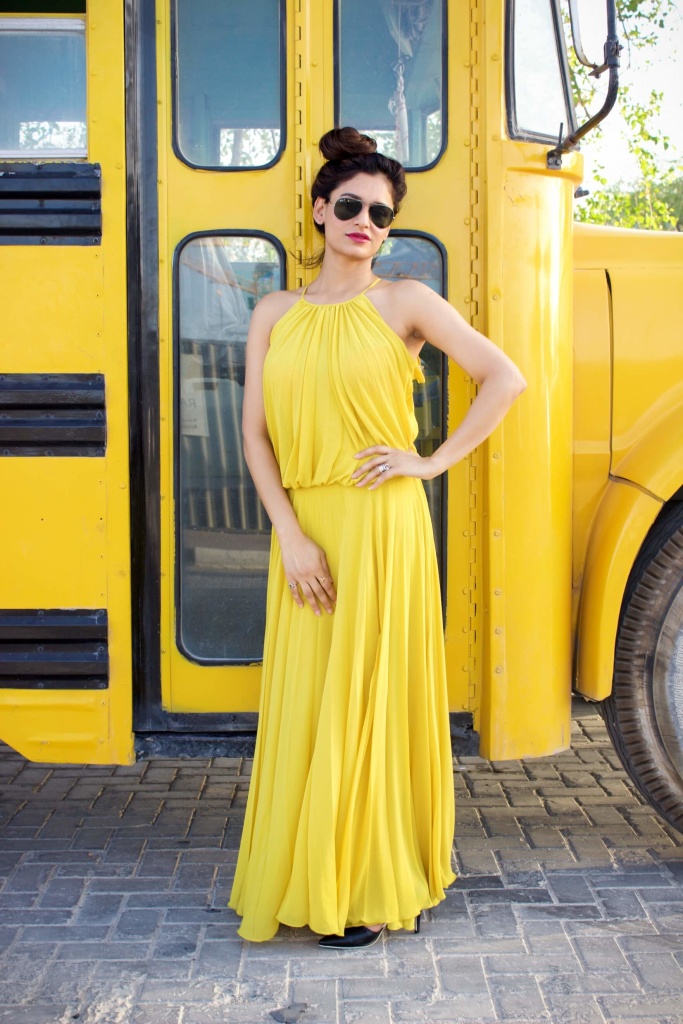 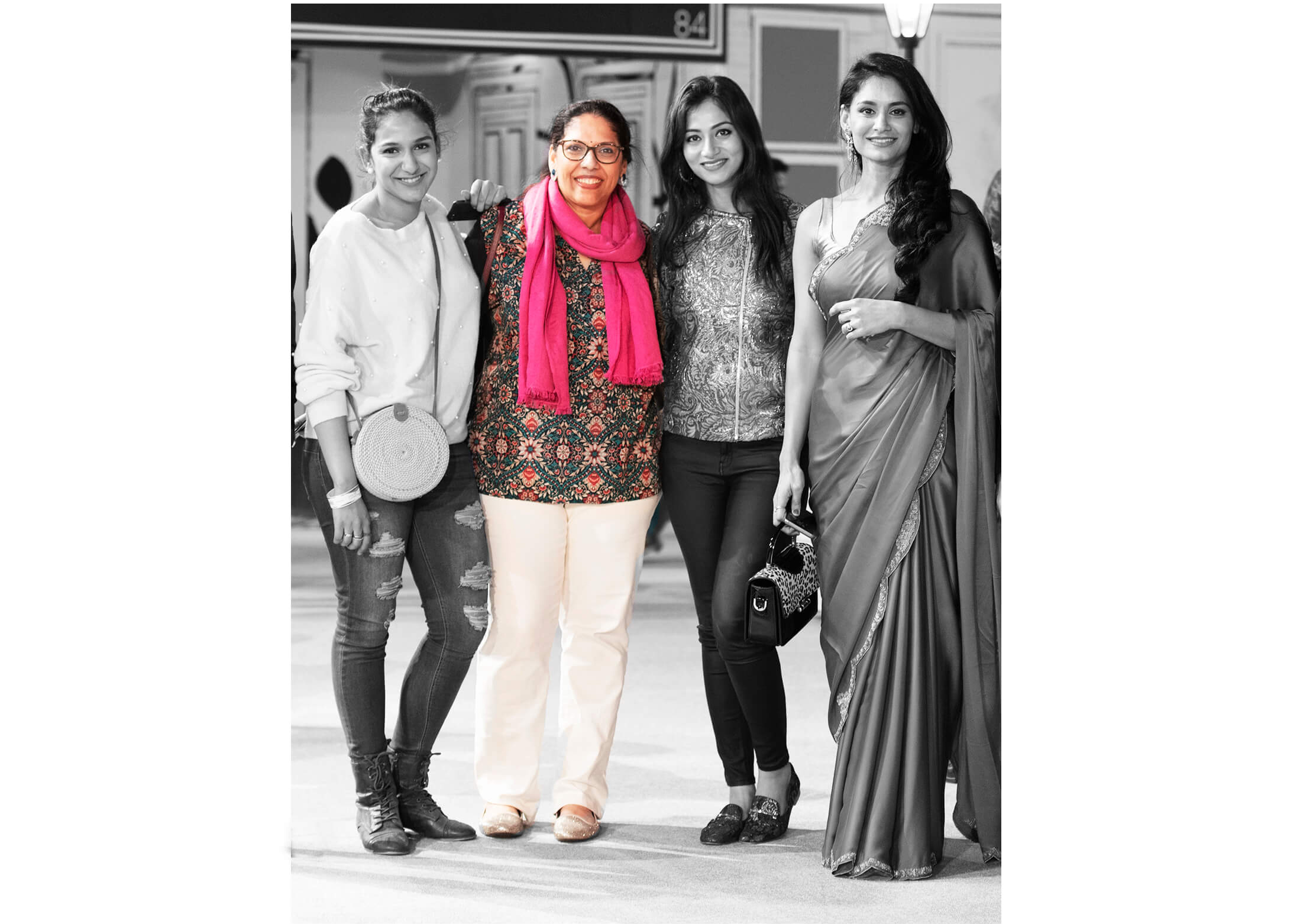 Tell me honestly, how many times do you get to meet women, who could afford to be rude and arrogant. But, on the contrary they choose to be humble?

I am not talking about women who seem to be very gentle and well behaved in your first meeting, neither I am talking about the women with whom when you interact publicly, they behave gracefully.

I am talking about the women who are nice and welcoming even if you are not interacting with them.

Though, I’m a shy person and I generally hesitate to initiate a conversation with somebody, not because the people around me are not inspiring enough to initiate, but I’m a strong believer of vibes!  I tend to follow the conversation with the exchange of vibe. So, whenever I meet new people the energy encourages me to reach to them, but sometimes turns me down to start a conversation!

Initially I used to hate this thing about me. Why do I not initiate the conversation? Why do I not try to mingle with people? But with time, I have learned that no matter how many people you know around you, at the end of the day only 5% or maybe even less than 5% would remain connected to your life. Let it be your personal or professional life. So, I would fill my life with the people who are around me and I wouldn’t opt to “trying to impress new people to add them in my life.”

My not-so-extrovert nature turned me to a good observer. I observe people around me carefully, their emotions and behaviour. Be it that I’m attending a luxurious event or I’m in a company of people, even if I’m talking less, I listen and observe more. And, it is very rare to meet a woman who is a Wife/Daughter to a very successful person but they prefer to remain simple and grounded.

I am happy to share this with you all. Recently, I met a woman who could have opted to using her husband’s identity to get treated like a VIP. She could have sought all the attention on her by showing off her family status. She could have carried all the materialistic things that would have made her centre of attention. But surprisingly, she preferred on having a very grounded presence which wouldn’t hint that this woman deserves to get all the attention. I am talking about Mrs. Sangeeta, wife of Dr. R. Seetharaman (CEO of Doha Bank), who is very famous and is having a affluent name in the Middle-east. Dr. R. Seetharaman is a recipient of multiple doctorate, a CA and amongst the top 10 CEO in Middle-east. He has expanded Doha Bank in multiple countries.  The list of awards that he is honoured with in his respective domain is relentless.

Today I’m not writing about this man who is amazingly successful, but about the women who is wife to this esteemed man, but still doesn’t lose her humbleness under the image of her husband. When I met her for the first time, I completely misjudged her to be the  wife of a common  man. She was wearing a simple Indian attire, with a very simple presence and a charming smile on her face that would cheer up anybody around her. She was greeting everybody around her with a persistent smile. Even when she is not interacting with anyone, she would appear so approachable, looking at everyone like a child who is happy to see everybody around her. I forgot about her after that event and had never thought that I would meet her again soon because I never knew at that point the person she actually was. The second time I met her, I was completely struck with surprise, when somebody introduced her to me as Mrs. Sangeeta, wife of Doha Bank’s CEO. I had heard a lot from my husband about Dr. R. Seetharaman. He is a man who is popular for his intelligence in the Indian as well as Arab community. I have never seen Mr. Seetharaman in person but I have an image of him in my mind as a smart and a successful person. My eyes were open wide with wonder because I saw her in the last event but I could never think that she was wife to somebody rich and famous. She was gentle and the kind of respect she was offering me and other people around her made me speechless. It was not something new for me to interact with the wives of rich and famous people. But this  was certainly a kind of new experience because my field doesn’t give me the chance to meet women who are simple by choice.

I have done many interviews where I’m asked where I borrow all of my inspirations from. Every time I see women like her, they uplift my heart. They inspire me to be a better person, and to improve my work. I’ve already said that I observe a lot from my surroundings. So, all of it comes from my surrounding. And women like Mrs. Sangeeta are the people who inspire me to be humble and grounded, no matter what you have in life.

I’ve come across many women around me who take the advantage of their husband’s identity and feel privileged and righteous to behave in an ill-mannered way. Be it adding arrogance, egotism or superciliousness.
My heart always wonders why these women think so exceptionally and superior of themselves. And why do the wives of rich and famous people not think about their husband image which could be ruined by their unnecessary attitude and rude behaviour in public. In a world full of such type of ladies, women like Mrs. Sangeeta are like the real deal. It is very rare to meet such women who are sufficient in themselves and inspire people like me who are watching them silently and observing their social behaviour. Even though I have never met Mr. Seetharaman in person, but certainly if Iam meeting him, the respect I have for him won’t be just because of his achievements in life, it would  also be because I got  inspiration from the woman who is his better half. I am not sure if I will be able to be as humble as her, but now I have a face that I would like to be looked upon if its as a wife to someone.
I felt the urge to write this article to put light on the simplicity of life that people are lacking today. To the people who inhibit simple values like humbleness. your way of life is not ignored. As a mother to a young girl I want to inculcate these values in my daughter, right from her young age. Simplicity in life is always valued and is a sign of peaceful life. I want her to have confidence in humbleness and staying grounded, no matter what she is one day! I want to teach her the essence of life that is missing in today’s generation which is spoiled by promoting materialistic values over good human etiquettes.

I also want to convey a message to the women who keep their status loud. You might get some importance and the attention that you seek from someone because you are the wife of somebody who is affluent and respectful, but you would get true respect only because of the way you treat other people around you.

Ladies, you have a huge responsibility on your shoulder when you are the wife of someone. You should choose to be recognized because of what you are as a person. It is not that difficult. I consider Mrs. Sangeeta as a strong personality, because she has complete control over her status, she is not amongst those women who are controlled by their status. She is adding more grace and elegance to her husband’s name with her values. I wish to meet many more personalities like her, to have such people around me and I wish to inculcate these values around me! As our society is losing essence of a simple life and women are running after a materialistic life without even thinking what impact it might make to our coming generation, spotting Mrs. Sangeeta in this society restores my faith in humanity and I am truly committed in making sure that these values do not diminish from our society.

I hope you liked getting to know the humbleness of this woman.

Signing off for now hoping that it won’t take me a long to spot another inspiring woman. 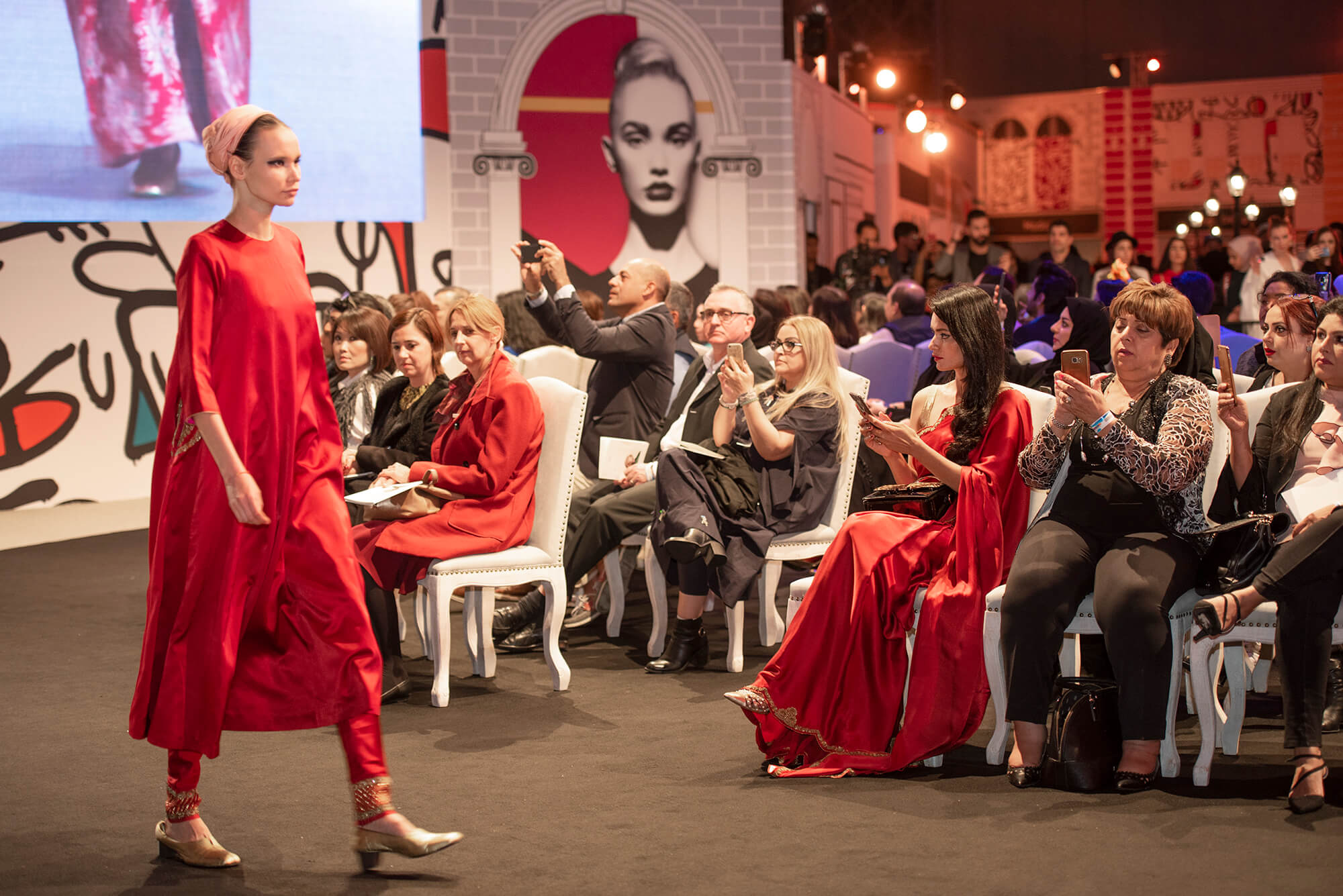 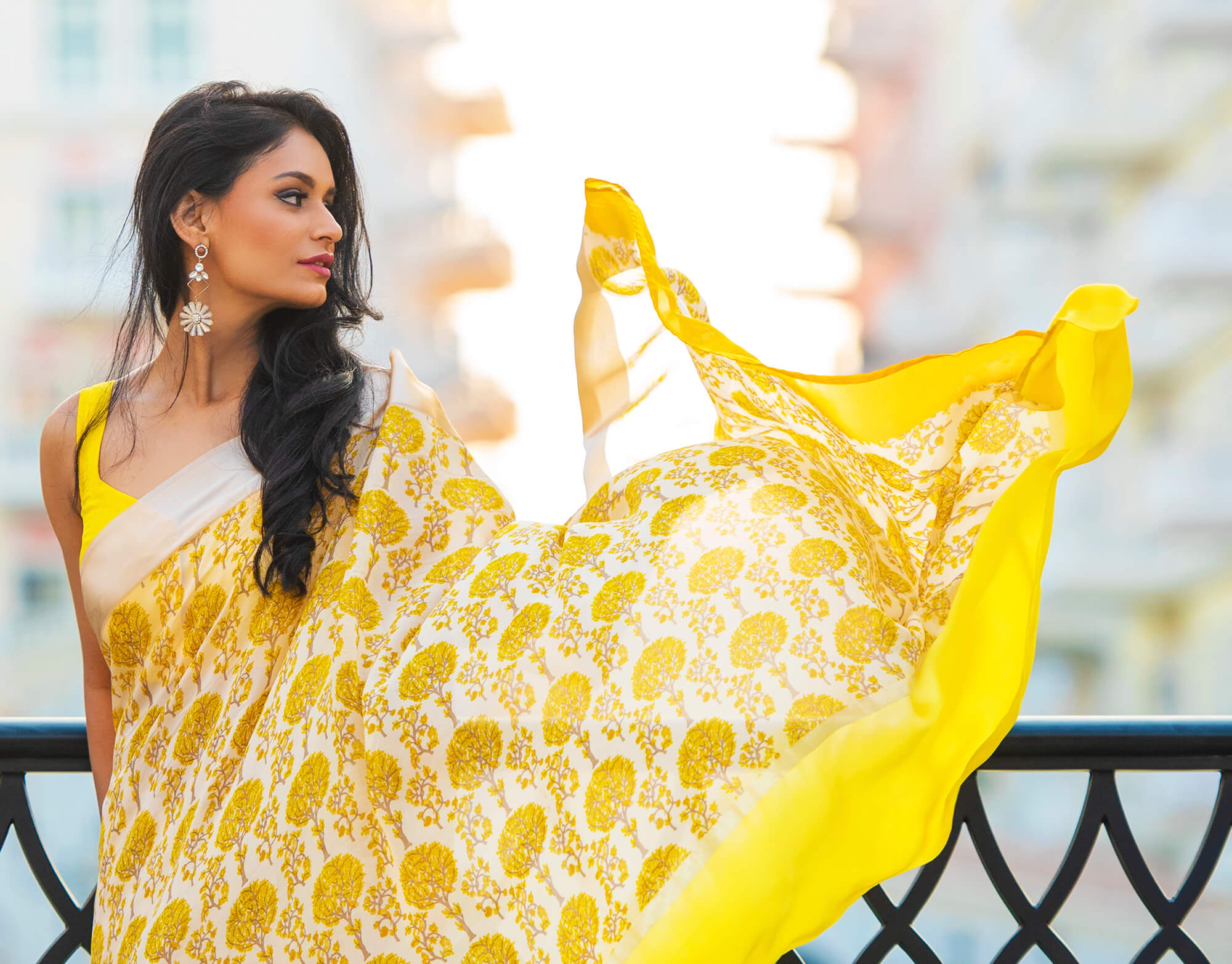 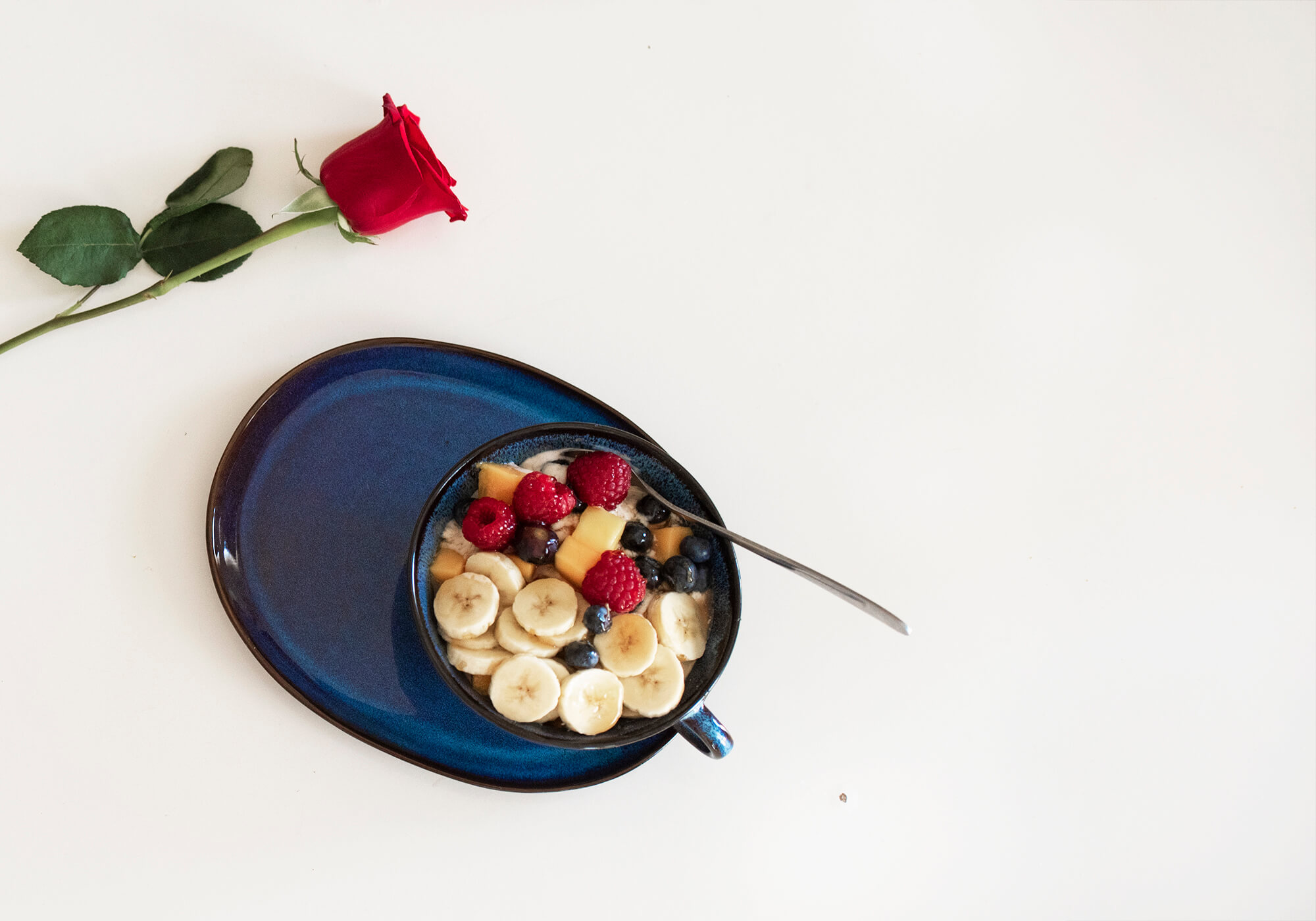 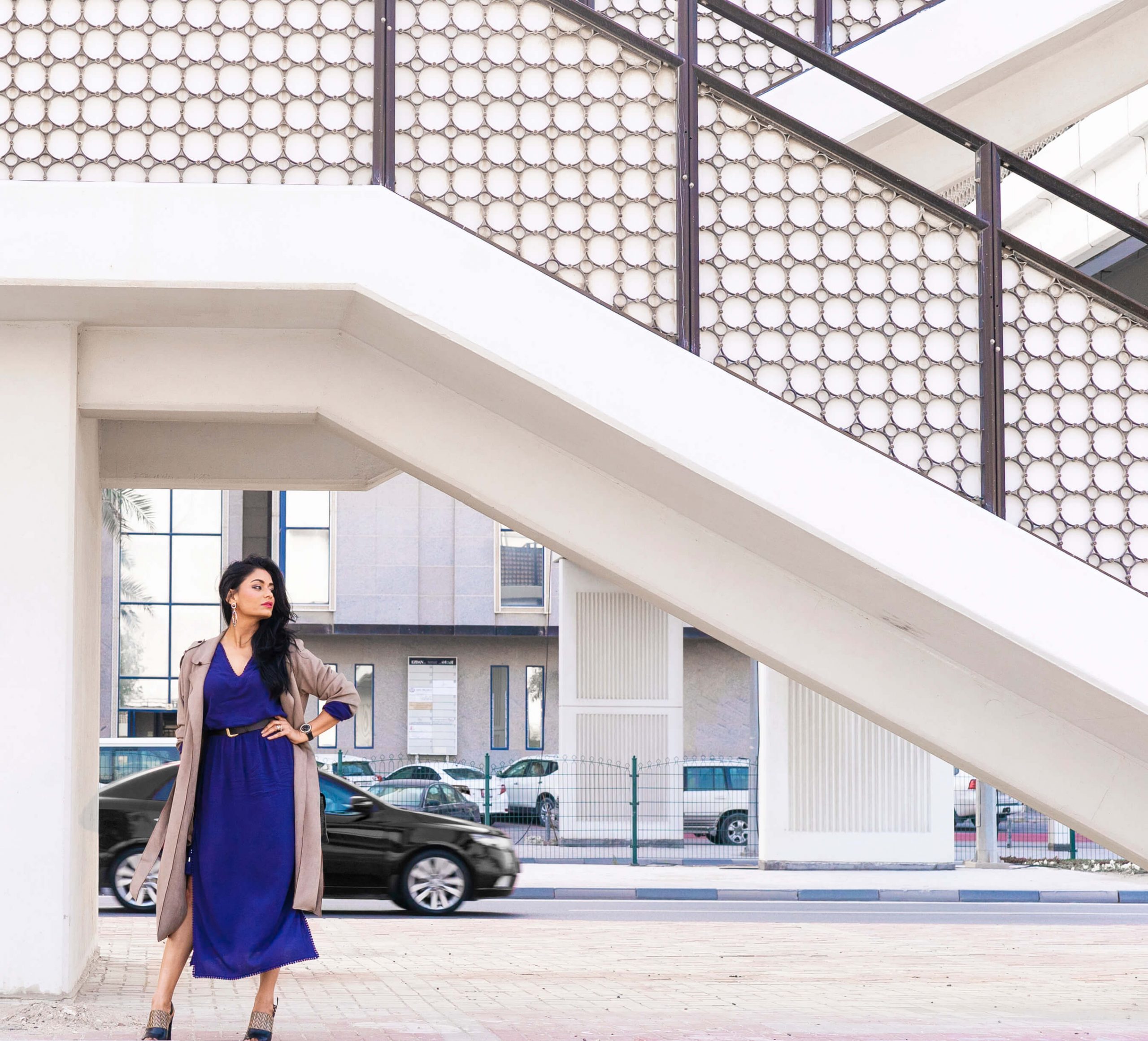 THIS PURPLE DRESS TO WEAR IN ALL SEASONS 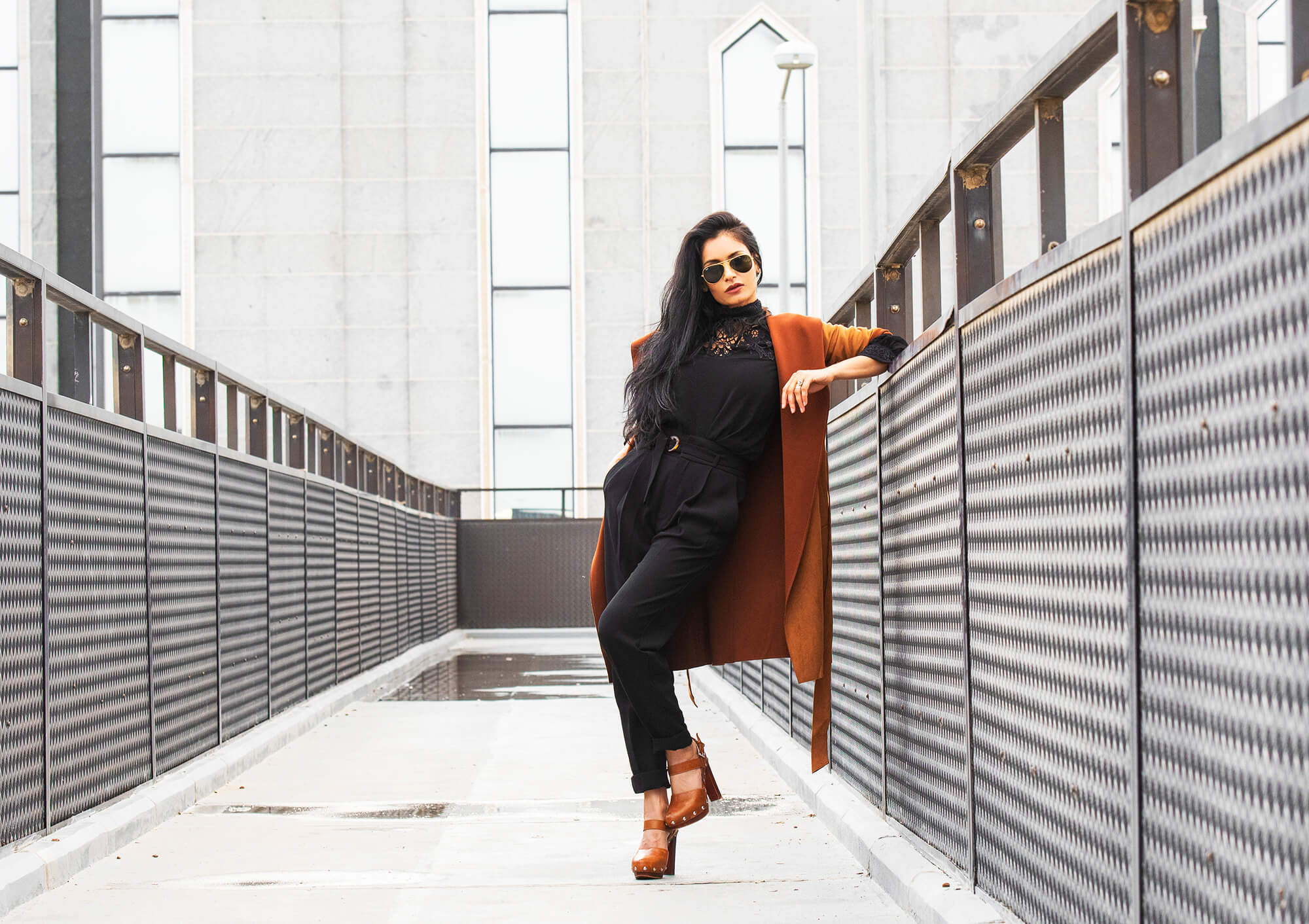 GET STYLISH IN WINTER WITH ME

This site uses Akismet to reduce spam. Learn how your comment data is processed. 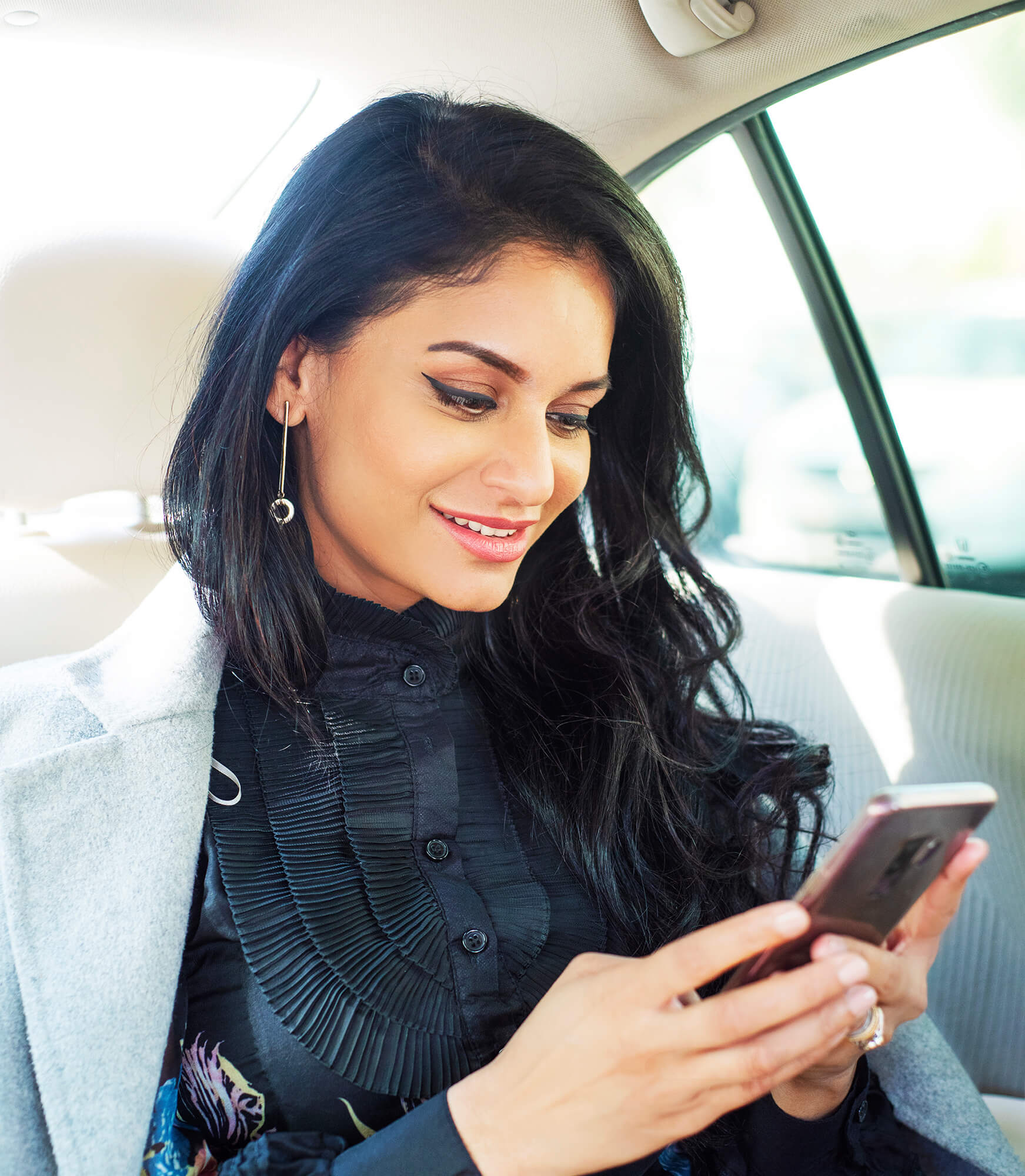 Hey Guys, check out this new article on my blog to know why Malabar Gold and Diamonds is very close to my heart <3 and know all about their new diamond collection OPULENCE. ... See MoreSee Less

As I walked through the hallway of Malabar gold and diamonds showroom, I remember myself walking towards my wedding day, I was draped in a breathtakingly beautiful sari with an exquisite set of jewelry. Indian weddings are known for their bridal couture and mine was a little more special with Malaba...
View on Facebook
·Share

Can street fashion get any more elegant than this? Maxi dress are the perfect choice for an evening look. I was in search of ways to blend this idea in street fashion. Honestly, I was bored with the same old ideas. Street styles are about mixing up different colors. And all I did was, put these idea...
View on Facebook
·Share

I tried to recreate the pics taken 6 years ago of me and Fiona Angel 👩‍👧 this Eid and I guess we did a pretty decent job by recreating these pics in just 20 minutes 😁 Let me know what you think about this album. Btw you can check more on the blog. Click the link below 🤗 Iam also sharing some tips to on how to match your outfit with your kids

So excited to be featured on Scale magazine 🥰 Thank you Scale Magazine and team 🌹. SCALE MAGAZINE passion to curate the best of designs from around the world 🌎 focusing on note-worthy architectural projects in Qatar. Am truly in love with their classy and selective content.Know a little more about me and my home 🏡 by clicking the link below 🤗
.
.
.
#iamgazal #doha #qatar #mgazalshaikh

Minimal and clean is how M. Gazal Shaikh (IAMGAZAL), one of the top influencers in Qatar, keeps her home. An inspiration for all Instagram aficionados, Gazal tells us how she maintains social media-life balance by following the mantra of “keeping it simple” through her interiors as in her life. ...
View on Facebook
·Share

If incase you are looking for a good shampoo. Read this article with my experience this is one of the best shampoo I have used. ... See MoreSee Less

OGX argan oil shampoo. OGX argan oil shampoo. This particular shampoo caught my attention in the aisle of monoprix store in bath section, when I read about it being sulphate free. I am pretty sure you guys are aware about the fact that sulphate can damage your hair texture permanently. This is mainl...
View on Facebook
·Share

Tweets by iamgazal_
Error type: "Forbidden". Error message: "The request cannot be completed because you have exceeded your quota." Domain: "youtube.quota". Reason: "quotaExceeded".

Did you added your own Google API key? Look at the help.

Check in YouTube if the id UCn_0g9R_lGUfcZVDuinGwnw belongs to a channelid. Check the FAQ of the plugin or send error messages to support.